Dr Tony Butler will be addressing the  the National Forensic Psychologists Conference  in Tucumán.  He will be describing his work in Argentina and specifically the partnership with the Provincial and Federal Courts in Tucumán.

– Push for passing of Evidence Act from Tony Butler of CPDTrust –

Read the full article on the Jamaica Observer website.

UK/Cuba cooperation over child protection was celebrated at the opening ceremony of the new centre in Santa Clara on 5 April.

Cuba is unique in Latin America and the Caribbean in taking an active, child-centred and integrated approach to child protection, with psychologists, social workers, health personnel, schools, the police and community organizations all working as one team.

Read the full article on the British Foriegn and Commonwealth Office Website.

Tony Butler, Trustee of Britain’s Child Protection Development Trust, attends a press conference in Havana, Cuba, Friday, Jan. 25, 2008. Representatives from 15 countries from throughout Latin America and the Caribbean will meet in Havana next week for a regional conference on programs to protect children from sexual and other forms of abuse. 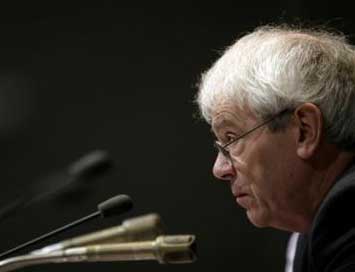