Video interview recording equipment was installed in the Child Protection Centre in Havana, Cuba in September 2004. This pilot project has been very successful and the concept was extended to the second-largest city in Cuba, Santiago de Cuba in 2008. This project was actively supported by the British Embassy in Havana, and sponsored by the Ministry of the Interior in Cuba. The charity raised the necessary finance to purchase the specialist video recording equipment, ship it to Cuba and pay for the cost of installation by qualified UK engineers. 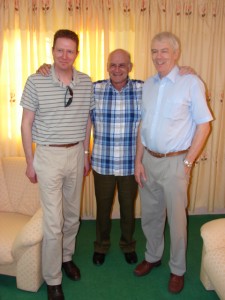 During the training course, the Minister of the Interior, General Abelardo Colomé Ibarra made a visit to the centre and met the officers and the staff.

At the end of the fortnight training course, the Child Protection Centre had its official opening by the Vice President of the Provincial Government of Santiago De Cuba and the Deputy British Ambassador, Caitlin Jones. Local children participated in the opening ceremony with songs and poetry.

For more information about the project in Havana, click here

For more information about the project in Santiago de Cuba. click here